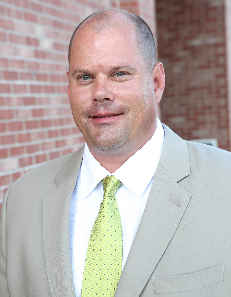 Cramer’s 34-year history with Fareway dates back to when he began working in the Boone Fareway store at just 16 years old. While attending college, he worked in the Decorah Fareway store in the meat department for three years. When speaking of this experience, Cramer explains, “I knew it would be important to understand all aspects of our business and why our meat departments are second to none.”

Cramer’s promotion to CEO for Fareway Stores Inc. occurred in February 2014. In addition to his responsibilities with Fareway, Cramer is active in many charitable organizations, including MDA, ChildServe, Easter Seals, and served as President for Variety-the Children’s Charity. Cramer is also a board member of the Iowa Business Council.  He is also an advocate for animal rescue, having adopted several animals from various rescue organizations.

A native Iowan and graduate of Boone High School in 1987 and Luther College in 1991, Cramer and his wife Sheila live in Ames with his three children.

In partnership with Boone High School, Fareway Stores launched the first registered high school meat cutting apprenticeship in the state, signing its first apprentice to the program on October 24th. This partnership is an example of the innovative ways public and private organizations can work together to prepare Iowans for the future.

Reynolds Cramer, Fareway CEO, shares how his company & IBC members are preparing Iowans for the careers of tomorrow in an op-ed to the Ames Tribune.