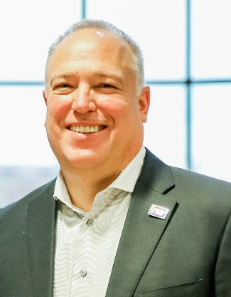 Kevin received his Bachelor of Science degree in accounting from the University of Nebraska and a Master of Science degree in Management from New England College in New Hampshire. Kevin participates locally in community organizations such as the Iowa Business Council and also serves on the AHA Regional Policy Board, University of Nebraska CBA Advisory Board, Healthiest State Initiative Board and the Des Moines University Board.

UnityPoint Health is the nation’s 13th largest nonprofit health system and the fourth largest nondenominational health system in the U.S. With annual revenues of $4.4 billion, our providers and services span hospitals, clinics and at home settings across Iowa, western Illinois and southern Wisconsin.

As a physician-led organization, we provide strong primary and specialty care, as well as telehealth services, UnityPoint at Work and UnityPoint Accountable Care. Our presence in metropolitan and rural communities allows us to innovate through partnerships outside of healthcare, and our team of 34,000 remains dedicated to making it easier for people to live well.