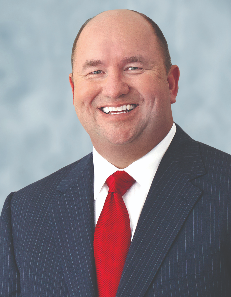 Randy Edeker is chairman of the board, chief executive officer and president of Hy-Vee, Inc., a position he has held since 2012.

A 37-year veteran of Hy-Vee, Edeker began his Hy-Vee career in 1981 as a part-time employee at the Hy-Vee store in Chariton, Iowa. He quickly progressed through the ranks at Hy-Vee, working at stores in Lincoln, Nebraska; Davenport, Iowa; Milan, Illinois; and Kirksville, Missouri, before getting his first store director assignment in Columbus, Nebraska, in 1993.
In 1999, he joined the southern region as director of operations and later became assistant vice president of operations.

He and his wife, Dawn, have two daughters and sons-in-law, six grandchildren and reside in the Des Moines area.

Silicon Valley startups and established Wall Street stalwarts are often what come to mind as the places where Americans most want to work. But if more than 100 consecutive months of job gains have proven anything, it’s that a wide variety of employers from coast to coast have what it takes to attract and retain top talent.

Hy-Vee Named 2018 Retailer of the Year

IBC member Hy-Vee was named the 2018 Retailer of the Year by Drug Store News.  This award points to the organization's efforts to innovate and go above and beyond to meet its customers' needs.

Iowa Business Council members are leaders in Iowa and in the U.S.  In fact, seven IBC members were recognized on the 2018 "America's Best Employers" lists released by Forbes.